Today, the Federation of Enterprises in Belgium (FEB) had the privilege of playing host to US Ambassador Ronald J. Gidwitz. It gave FEB President Bernard Gilliot and FEB CEO Pieter Timmermans an opportunity to reiterate the important economic and trade relations that unite the two countries. They also mentioned Belgian companies' concerns about resurgent protectionism and international trade tensions. Trade wars have never been win-win situations, so FEB welcomed the 25 July meeting between US President Donald Trump and European Commission President Jean-Claude Juncker and called on their negotiators to come up with a fruitful agreement for both parties.

Together, the European Union and the United States account for a third of global GDP and a third of global trade flows. Europeans and Americans trade $2 billion worth of goods and services every day, and the transatlantic economy employs 15 million workers.

For these reasons it is essential for Belgian companies to maintain a privileged relationship with the United States and to work at European level to reach an agreement on the four main areas of discussion:

"The European Union and the United States need to work together to create tomorrow's global standards, especially for ​​new technologies. This not only makes economic sense, but is also a geopolitical necessity in today's globalised world. China and other emerging economies will not wait for Europeans – or Americans – to try to shape global trade relations according to their own rules and standards", Pieter Timmermans said in his speech. 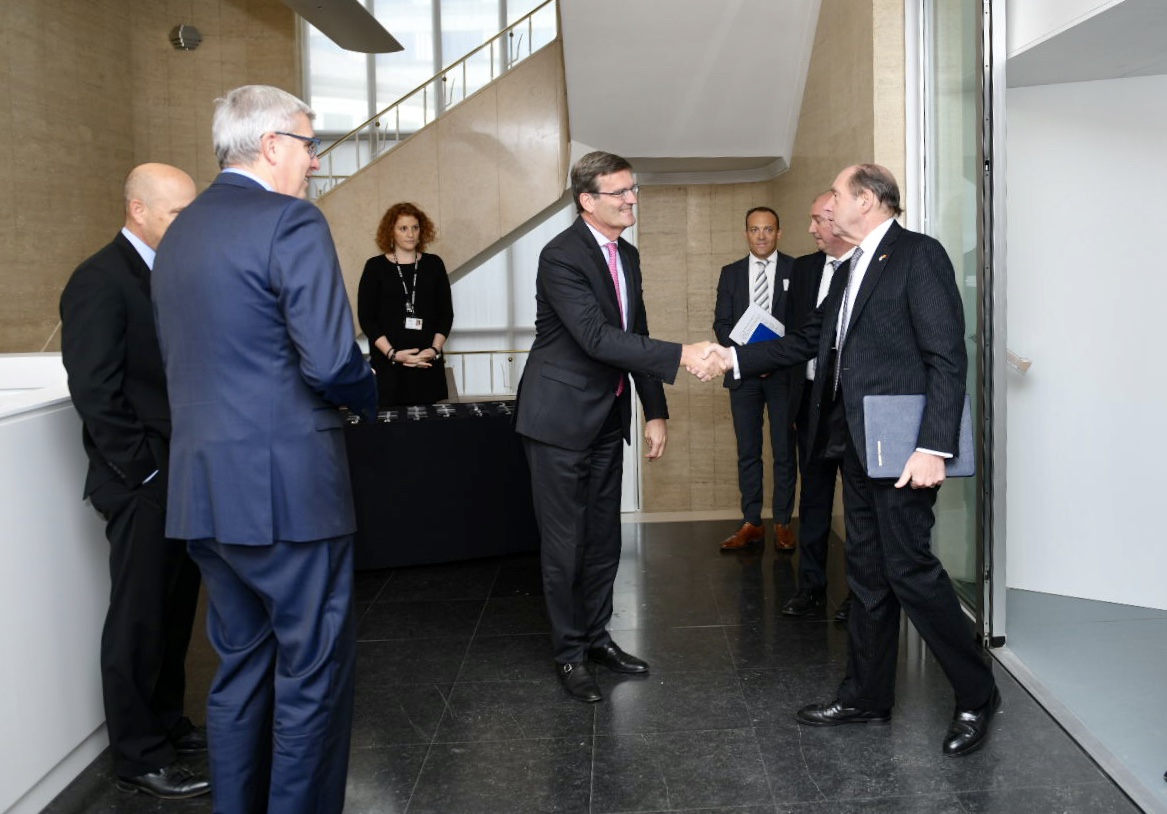 An optimum business environment is vital for a sound economy and sustainable growth. FEB aims to help create and maintain such an environment by, among other things, closely monitoring all issues of direct relevance to businesses. Here, grouped into 17 themes, are the issues on which FEB focuses most of its attention and action.